Are you J.C OF MARS? 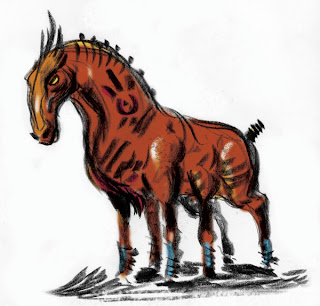 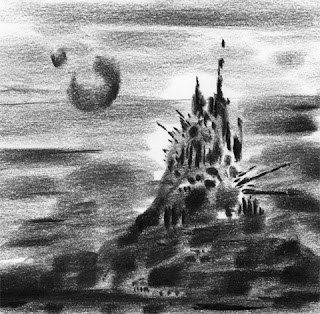 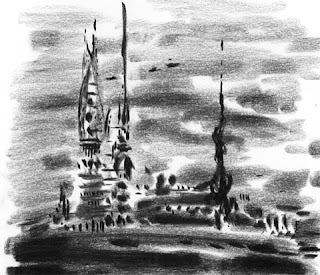 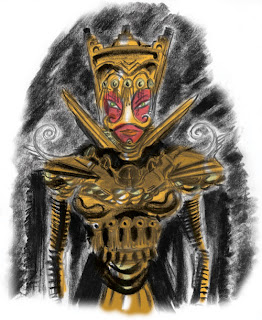 John Carter of Mars was one of my all time favorite series of books as a kid. Looking back I can see the crazy racial stuff that Burrough was trying to pull, a similar device to his Tarzan books. But we can ignore that or loop it off as a thing of the past... still, for a hispanic man like myself its still a bit colonialist. JC was a Confederate soldier, lands on a planet of green men and kicks their ass. In that case its not so dissimilar from Avatar, sucker lands on planet and becomes better than the people that have been evolving there for millions of years, but those are topics for long and thoughtful conversations back and forth.
John Carter took my imagination for a ride, out of the inner city New York neighborhood I was living in, threw me on Mars, rode me up and down the Martian plains full of dying martian forests, and introduced me to a legion of Martian lifeforms and cultures that tumbled and rumbled my tiny mind.
So I have great love for the Carter books, and a while ago, while living in California I had heard that the young lads that were responsible for Sky Captain were working on a John Carter film. You can imagine what happens next, I sat around my drawing desk for about a week, putting Rocketo on hold for a while ( The Journey to the Hidden Sea had not been published yet.) and launched myself into John Carter land.
A week later I had over forty pieces of artwork. By some miracle Lisett Torres a very gifted composer had managed to get an interview with me and the Conran brothers. I presented all the artwork and had a great meeting, talking to them about my ideas for the opening sequence of the film, my ideas for the Martian ape, how the Tarks should be able turn and move their bodies and how that would effect their fighting techniques, among many other things. The Conran brothers treated me wonderfully listening and then... I never heard from them again. I am sure that they had another vision in mind, and would have pulled off a nice looking film. The thing about Carter is that everyone sees it in their own unique way.
That was many years ago, and now Pixar is at it.. sadly its in live action.
My idea for the John Carter series was animation based, what we now see Avatar doing so well. I wanted a film that was a mixture of the old John Carter book illustrations of the fifties and sixties and a Max Fleischer, Superman cartoon.
Carter was in a way the first Superman, and at some point I even had the colors of his tunic resemble the Superman colors.
The funny thing about all of this is that John Carter would have been the first animated feature if Bob Clampett had been able to
do his vision, instead animation history drifted into the fairy tale world of talking rats and dancing ducks that has engulfed it for over seventy years now.
So here was this great adventure story ready to m
ake its mark on the animation world again, in a way to bring it back to its roots. An animated tale for adults and kids, that would be full of fun and adventure. Naw.
Which would be a good topic for another giant post, why the animation industry is so insanely backward. Instead of competing with live action, they should be thinking of surpassing it.
Anyway, here are some sketches, done very fast for the presentation, like stated above their were many more done, and as I find them all I will post some up, some I will not, for the simple reasons I found the ideas very creative and used them for Rocketo Journey to the New World.
Whew. If you are all still awake, bless you.
One of the big inspirations for the opening of the film was Jack Kirby... I thought that the cave that Carter runs into with his wounded friend should be an old Martian base, full of strange Martian machinery from way in the past.. John would somehow trip open the machines and be teleported backward to the distant past of Mars..
The small black and white cities sketches are part of a large group that tell a story.. The idea of a Martian city that is grown from out of the sand.. with a giant cave network as its support was fun to play around in. I was taking Burroughs and playing with it.
The Thoats were inspired from looking at the way the American Indians branded their mounts with the fingerprints and designs of each tribe. 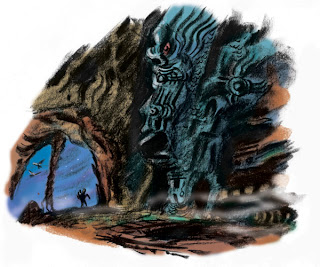 Enjoy
Frank.
Posted by Frank Espinosa at 8:30 AM 15 comments:

Many, many moons ago when the Earth was young and I was in Animation school it would have taken me hours, maybe days of shooting under my faithful Oxberry Animation camera to get this result. Now with the magic of Imovie one can make a quick little bit like this and have endless hours to play around with it. I do not know which in the long run is better, but I had a blast working on this.
At some point it would be nice to make a short Rocketo story with narration and original music. The music is by Barry Gray of the Thunderbirds fame and its from a film called Journey to the far side of the sun, known as Doppleganger in Europe.
Sadly the final version of the music cuts off a bit at the end, but that will be fixed when the original Rocketo theme replaces it.
Hope all is well with all of you.
My best
Frank.
Posted by Frank Espinosa at 6:35 PM 8 comments: