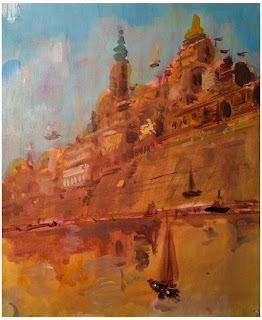 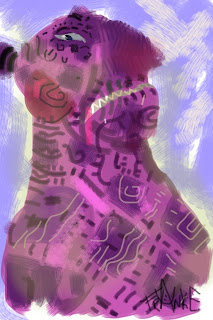 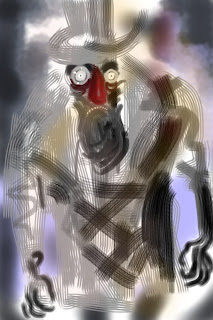 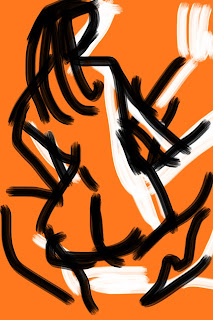 In the words of the wonderful Shatner.. "There is an APP at the wing of my plane!!"
Fate finally made me take the plunge. My phone broke down and I had to get a replacement, so I got one of those insane Iphones. Naturally I have now joined the wild horde of app crazy addicts. It happened at a good time, just before my trip to Stanford so I had some good time during the flight to play around with all the gadgets.
Couldn't help thinking what Jules Verne would say if he saw a couple of hundred people sitting in the belly of this giant metal bird that was flying at twenty thousand feet. He would look around and see people reading, sleeping, playing games, his mind would explode, then again, he might just say.. " I knew it all along!"
Imagine Columbus playing with the star app.. or the compass app..
So here I was trying to figure out a way to learn to draw with my giant index finger on this little screen. I have to handed to the designers, because after a while I actually began to understand it a bit.
One of my favorite books is Moby Dick, recently it has dawned on my mind to want to illustrate a version of it. In my opinion nothing beats the black and white illustrations done by the master Rockwell Kent. But I wanted to take a different path, while Kent worked in black and white, I want to work with symbols and colors and shapes. The book is all about symbols and metaphors and my drawings would try to take that to the limit. So here are some very early Iphone sketches of Ahab and Queequeg who is my favorite character in the book. As I get that time I will play around more in Melville's wonderful world.
And to all the Rocketo fans, I have added some concept art for the Mapping Guild, although in the book its going to be ten times more massive than in this sketch.
The girl, well she was just fun to draw.
Enjoy and have a great day everyone.
Frank.
Posted by Frank Espinosa at 7:34 AM